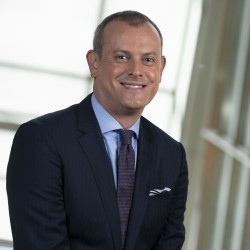 Back to Our Team

Marc Schloss heads the Federal Government Affairs team and is responsible for developing and implementing federal lobbying strategies on behalf of CHPA and its member companies.

Prior to joining CHPA, Schloss served as Senior Director, Federal Government Affairs at Mylan N.V., the largest manufacturer of generic medications in the nation.

Schloss began his career in the office of Senator Edward M. Kennedy as a Legislative Aide and proceeded to a series of increasingly responsible positions with the Democratic National Committee, Senator Evan Bayh's Political Action Committee, Van Scoyoc Associates, Inc., the Center for American Progress, and the National Association of Chain Drug Stores before assuming his role at Mylan, where he led Congressional outreach efforts on behalf of Mylan.